While brainstorming a list of discomforts for class at the start of the semester, I came up with one that continued to niggle at me—broken glass. It’s not a phobia or something that plagues me, but I have what might be considered an overreaction to the occasion of breaking glass. I identified it as a strange sort of fear in between discomfort and true fear. Both rational and irrational, physical and psychological. After examining it a bit more, I realized this fear was symbolic in the sense that the feared object (broken glass) represents something fundamentally disconnected from itself (my need for control). I’ve started calling these symbolic fears. After a bit of this mental gymnastics fit for a therapist’s office, I decided I wanted to explore these symbolic fears in myself and those around me. My project is going to explore my own symbolic fears, those of my friends and family, and the general science behind where our anxieties come from.

Initially, my project was meant to be a podcast. However, I quickly adjusted the form to be a series of linked essays. I wanted to try podcasting, and I felt I could get great interview clips of friends and family. But, at the end of the day, I wanted to craft a piece of written, not spoken, prose. I have been preoccupied with writing short stories in the minimal free time I have for pleasure writing. And while I don’t see a feasible way to disseminate this material into a short story, I felt a series of smaller essays would give me the freedom to use my voice in the same way. I have long enjoyed the works of essayists like David Sedaris, so I am excited to play with a new form I have largely admired but with which I haven’t had much experience.

I realized last week, much to my own surprise, that I actually read blogs all the time. I don’t actively follow any bloggers, so I’ve never considered myself to be a blog reader, per say. However, when I started paying attention to my online habits while doing some blogging research, I noticed that much of what I read on the internet comes from the blog section of a news outlet or website. Also, in the spirit of full disclosure, and so I don’t misrepresent myself as a savvy, in-the-know person who reads the news every day, I read a lot of clickbait (like almost exclusively). But even most clickbait is posted in blog format, too. These days, everyone from The New York Times to the Kardashians have a blog, so for my third and final experiment for the gateway course, I’ve decided to do a blog post about the ways in which the female body, and subsequently women’s healthcare, is policed by today’s society. Blogs are very much personalized to who is writing them and why. There are probably infinitely many ways to write a blog, but there are some simple conventions that can help your post stack up against all the other cool and distracting things on the internet. So, here are a few steps to making a blog post, which I’ve written in a blog post (so meta):

Recently, in an effort to pass my time in some way other than listening to my trash music, I’ve been tuning into a lot of podcasts. Walking to and from class, eating dinner, laying in bed—it’s probable that I’m listening to a podcast. Some of them have stuck more than others. When I listened to “S-Town”, a series by Serial and This American Life, it had me hooked for a solid week as I diligently listened to the whole thing. “Radiolab” is my go-to for a seamless crossbreed of interesting topics and educational, well-researched content. “2 Dope Queens” is my guilty pleasure. And for my next experiment, I have decided to try my hand at my own podcast. I want to make one on women’s access to healthcare in today’s current political climate. I’ll touch on recent legislation, common misconceptions about things like birth control, and hopefully interview some cool people. So, what makes a podcast a podcast, and, more importantly, what makes a podcast capture the listener’s attention? After listening to so many podcasts, gaining a respect for the genre, and wanting to create one myself, here is a (messy, not by any means fully inclusive) podcast formula. 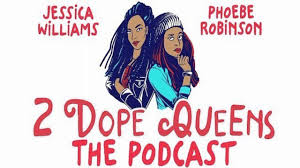 5. A Solid Name: Okay so you have this amazing podcast and you’ve fine-tuned it and you just know the world has to hear it. Well, with the exception of podcasts directly recommended to me by friends, guess how I pick my listening material. Yes, you got it—the title! Don’t sell your work short by titling your podcast something longwinded or unoriginal. Stick out and take a risk, because a little humor goes a long way. There are actually podcasts out there called “Pod Save America” and “I Only Listen to the Mountain Goats,” and I can guarantee you people give it a listen just because of the name. I know I did.

As I go about my day, I almost never think about the ways in which I communicate with others around me. That’s not to say I don’t think about the communications themselves; I could mull over things I say, and things that have been said to me, for days. However, I can say that, outside of class, I have almost never contemplated whether texts in my personal life use any of the five modes of communication, and why. After spending a few days doing just that, and being a lot more analytical of the things going on around me, here are some things I noticed.

The most traditional text I encountered was the novel Beloved by Toni Morrison. I had read this last year and recently decided to pick it up again. Initially, I would’ve said there isn’t much complexity here—it is just words on a page. That is true to an extent. Beloved, like many books, relies heavily on the linguistic mode. Morrison crafted every word, divided them into paragraphs, and further divided the book into three parts. She gave distinct voices to three narrators, so distinct that you can sense a narration shift simply from tone, and little else. With words Morrison made choice after linguistic choice. This all served to build and deliver the story of a former slave woman and the past that clings to her.

But as I took a closer look, those weren’t just linguistic choices like I had initially assumed. Towards the end, especially, Morrison begins playing with the spatial mode that she uses. At the beginning of one chapter she italicizes and centers a piece of the text, almost arbitrarily. The reader is left to wonder if it is an old poem or song, a memory, or simply a noteworthy paragraph. Later, Morrison again shifts the spacing and indentation style, drawing attention to a specific section. This use of spatial mode allowed Morrison to tweak which sentences readers paid attention to the most. I realized that even more traditional texts often use a variety of modes, even if you have to dig a little to find them.

During this mini experiment, I watched one of my favorite comedy specials for probably the tenth time. Hassan Minhaj: Homecoming King, which is ready to be binge-watched by all of you on Netflix, was by far the most encompassing of my texts. I found all five modes present in Minhaj’s special. By nature, a comedy special or any other performance involves the linguistic mode (he talked for an hour), the gestural mode (he has a very specific body language and expressions that shift as his story does), and the aural mode (there was entrance music, and a carefully curated tone to his show). I could speak to those three alone for days, as I find his performance so wonderful. However, the aspects of Minhaj’s show that really stood out to me, and the ones I will be diving into, were the spatial and visual mode.

Minhaj uses a really unique visual tool for his special that I hadn’t seen before, which is that he played back crucial moments that he was talking about on the screen behind him as animations. So when he talked about riding his bike to prom, dressed in a full suit peddling down the street of his quiet neighborhood, the viewers saw that animated on stage. It made me connect to his story, picture it, and feel the impact Minhaj surely wanted. He also organized his hour on stage in such a way that it gave maximum impact, which I would argue is use of the spatial mode. He worked to build a bond with the audience, got them invested in the story he was weaving, and timed the ending of his bits so that things never got too heavy. Working with the spatial mode is perhaps the foundation of any comedy show, as it is all about timing (aka good organization of your thoughts). By adjusting the modes to fit his story, Minhaj created a really unique and memorable show. It goes to show that there are boundless ways to use modes, such as Minhaj uses the visual mode.

My final, and favorite, mode of communication from this week was a key lime pie from my mom. Before this assignment I would never consider a delicious pie a text to be examined, but now I’ve reconsidered. My mom came to visit me this weekend, and, without asking me or being prompted, brought me my favorite pie from my favorite bakery back home. I would argue that this was a form of communication that made use of the gestural mode—it was an interaction between two people. If my mom had just handed me a pie, or had appeared uninterested when she handed it to me, it would’ve had a much different impact, and been less meaningful. Instead, she made the choice to keep the pie in a bag until she gave it to me so it was a total surprise. When she made it into my house and did give me the pie, she had an I-have-a-surprise-and-you couldn’t-possibly-guess-what-it-is kind of facial expression. That, coupled with her shift in body language from normal to excited, told me that what she was giving me was an expression of thoughtfulness, and I appreciated it all the more.

Looking back, it seems there is almost no end to the various texts in our lives, as defined by Writer/Designer, but it is the modes that are used for such communications that set them apart.